We at Durden had the pleasure of working with Jeffery Douglas or as many folks know him, Mr. Mattress. He had seen some of our other more outlandish outdoor campaigns. Some utilized light-catchers, some LED light strips, and one even had a truck door that opened and closed! That’s outdoor advertising! Nowhere else can you go completely bananas. But, we’re getting ahead of ourselves—Mr. Mattress wanted to know how we could make him famous-er.

Mr. Mattress had some ideas at our initial creative meeting. He wanted to welcome everyone to Dothan via a waving likeness of himself on a billboard. At first we weren’t sure this was possible given the nature of the structure. This is something we always have to take into account when pitching our more engaging campaigns. It may appear seamless, but our Production Dept. engineers each outdoor prop by hand. It’s one thing to come up with a killer idea, but realizing it, takes savvy and skill many don’t possess. “Our production team engineered a pendulum design with a 16 RPM motor to make the seven foot arm WAVE at over 20,000 cars per day,” said Bill Durden, VP of Operations at Durden Outdoor.

While our Production Dept. figured out how to have an arm moving in perpetual motion, our Creative Dept. crafted the other facets of the campaign. It was important to Mr. Mattress that we also feature an outdoor prop closer to the Dothan store. It only made sense to have Mr. Mattress hold a giant inflatable pillow. And, while our Production Dept. can work many a miracle, inflatables are not among them. We worked with Eddy Carolan of Soft Signs in making this idea come to life. Together we posted a pillow that measures 10 feet high and 18 feet wide with a four foot depth. For reference that’s an above-ground pool capable of fitting 12 boisterous adults during the Iron Bowl.

Armed (pun not intended) with a six-foot-tall waving hand and one enormous inflatable pillow, this outdoor campaign stands out for a few reasons. It’s the first motion prop in Dothan. It’s the first inflatable prop in Dothan. It’s huge that a campaign would feature one of these. It’s insane that Mr. Mattress is bringing BOTH! That’s FAMOUS taken to a whole new level.

How can we make your brand FAMOUS? Send us an email and let’s start a conversation for your next campaign. 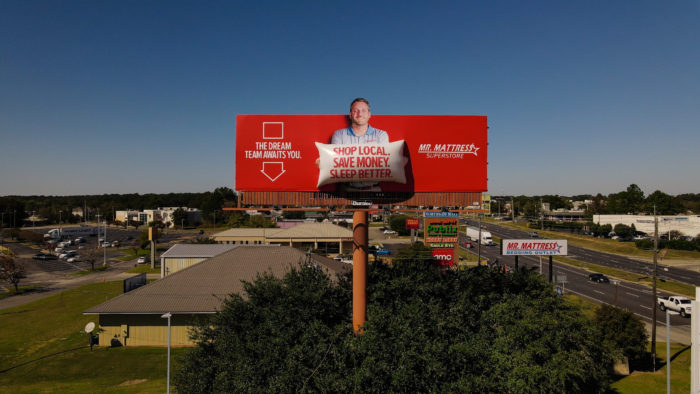 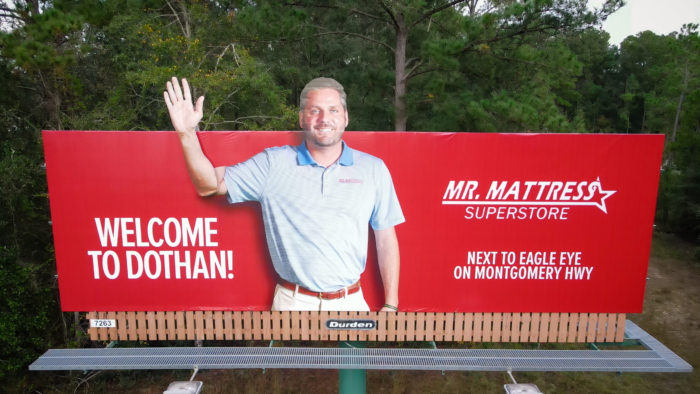 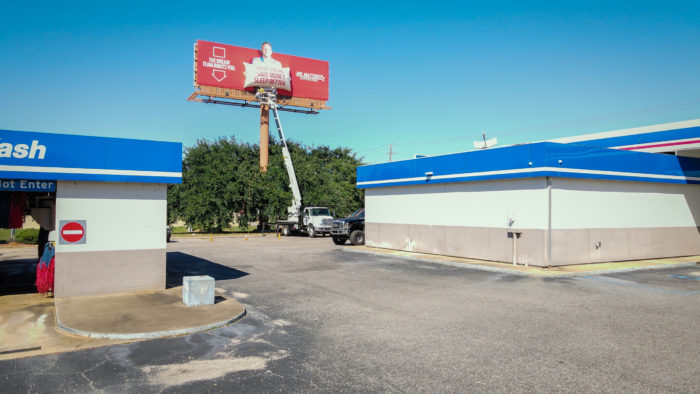 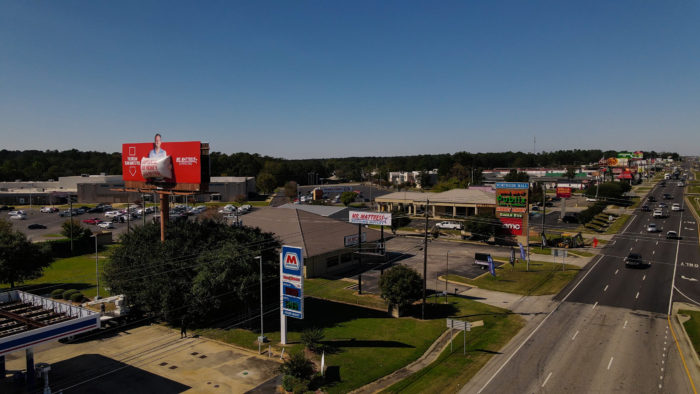 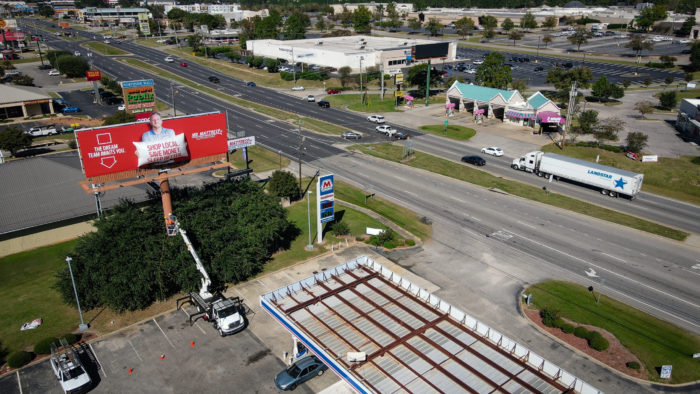 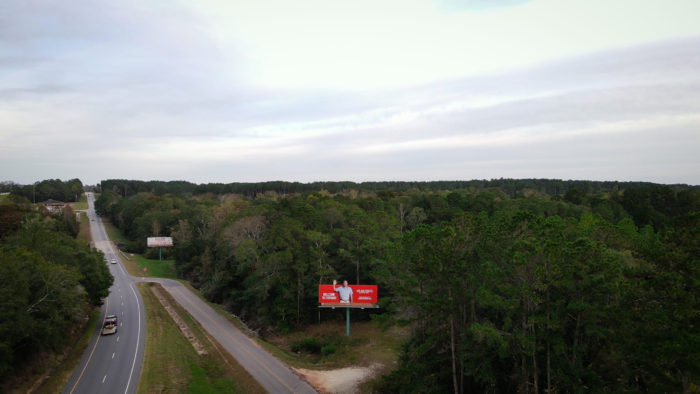 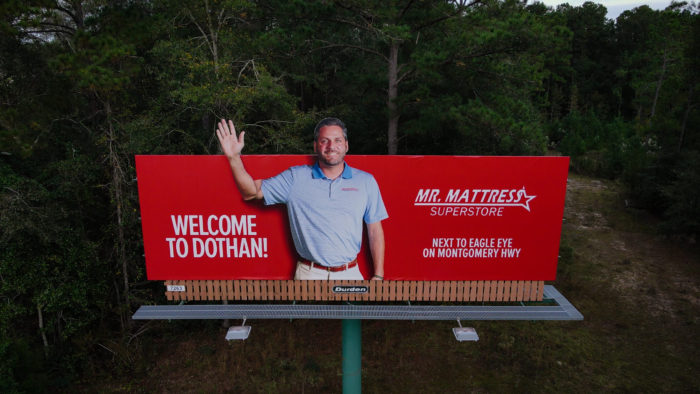 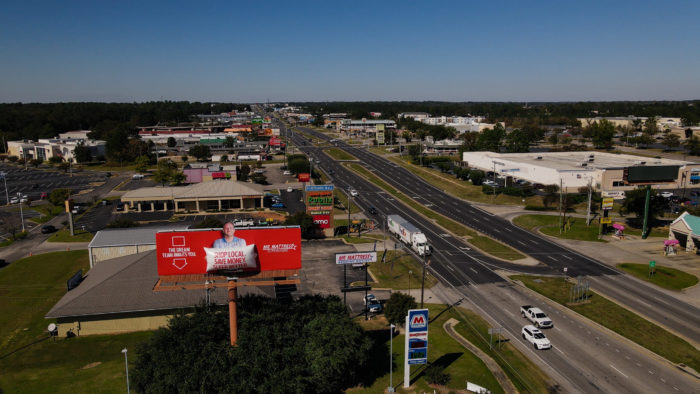 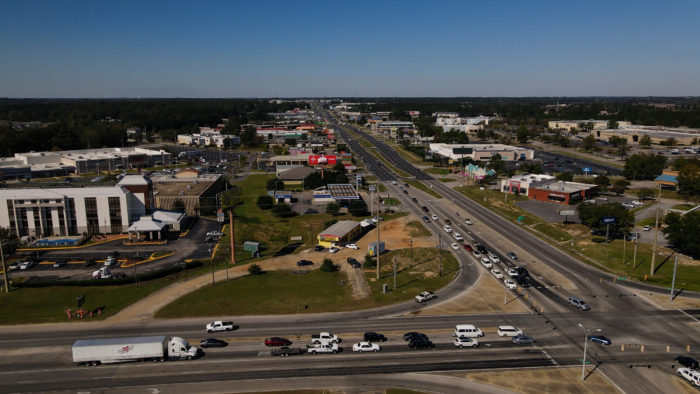 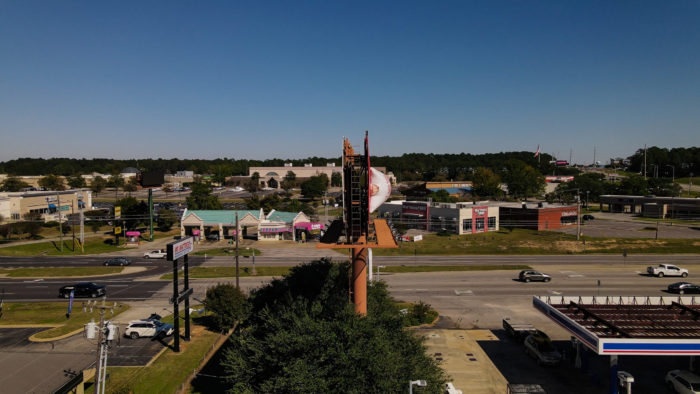 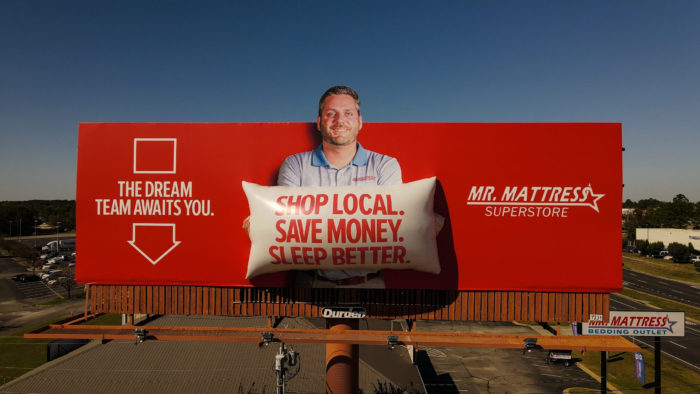