You are here: Home / / 2015
TEAM Durden has a lot to be thankful for this Thanksgiving. We are extremely blessed with great customers and wonderful co-workers that we all consider family. This year, we chose the Wiregrass Area United Way Food Bank’s “Stuff the Semi” food drive as a public service project. They will be collecting non-perishable food items, frozen turkeys, and monetary donations today at Southside Wal-Mart until 6:00 PM to feed families this holiday season. Whether it be a food drive, paying someone’s utility bill, or simply a kind gesture of “how can I help?” This Thanksgiving, we encourage you to give back to your community and bless someone who may be going through a tough time. “In everything give thanks; for this is God’s will for you in Christ Jesus.” 1 Thessalonians 5:18 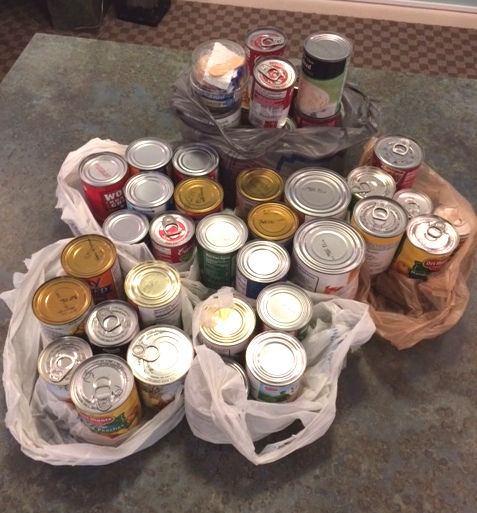 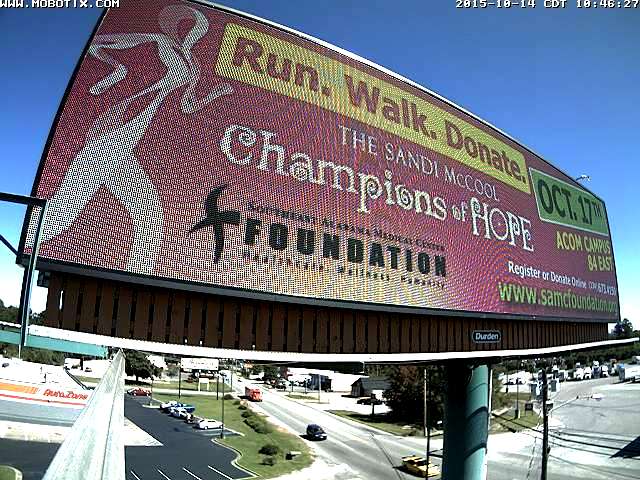 Durden Outdoor Displays, Inc. is excited to partner with Southeast Alabama Medical Center Foundation again this year for the annual Sandi McCool Champions of Hope event. Several Digital Billboards were placed strategically around the entire Wiregrass area to promote this wonderful cause. This year’s event will be held on Saturday, October 17th at the Alabama College of Osteopathic Medicine – Dothan Campus. Champions of Hope honors all breast cancer survivors and pre-vivors. Each year sponsors, runners, walkers, survivors and their families and friends gather to raise money and awareness about the importance of early detection and intervention.
https://www.durdenoutdoor.com/wp-content/uploads/2016/06/DUR-Footer-Logo.png 0 0 Amy Riddle https://www.durdenoutdoor.com/wp-content/uploads/2016/06/DUR-Footer-Logo.png Amy Riddle2015-10-14 16:48:252015-10-14 16:48:25Run. Walk. Donate.
Durden Outdoor Displays, Inc. partnered with Scarborough & Associates to help them get the word out that they are now hiring electricians. By utilizing the Durden Digital Network, Scarborough & Associates was able to get their message up quickly. Do you know an electrician looking for a job or change of pace? Give Scarborough & Associates a call at 334-794-2781. 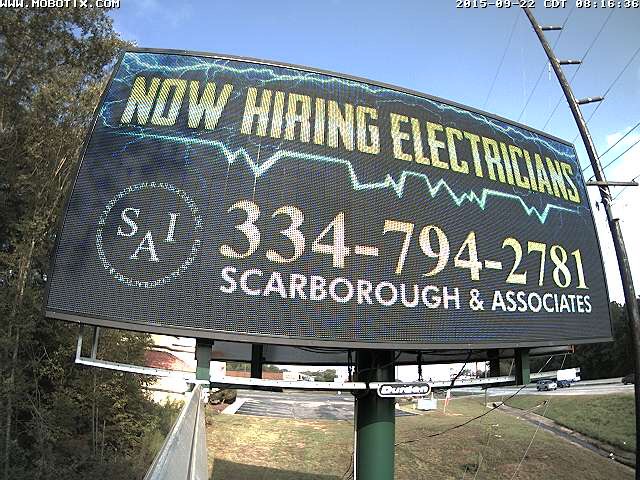 JULY ranks as one of Alabama’s highest traveled months. Reach thousands of drivers in multiple traffic patterns with one of (3) Digital Billboard Blitz’s on our exclusive Digital Network. During the months of July and August, book one of our popular 6 day digital blitz’s and you will receive (2) FREE Gulf Coast Jam tickets ($300 Value). Rock out with Miranda Lambert, Lady Antebellum, Keith Urban and many more! Your ads must be booked and pick any 6 consecutive days in July for your ad to run on 5, 8 or 11 digital billboards in any of our 4 Wiregrass markets! The Durden Digital Network is the largest digital billboard network in Southeast Alabama. We offer our clients access to 27 Digital Billboard Locations reaching over ONE MILLION+ cars daily in Dothan, AL Ozark, AL Eufaula, AL and Enterprise, AL. **Supplies are limited and only awarded with packages greater than $1265.00. Tickets are subject to availability at time of contracting.** 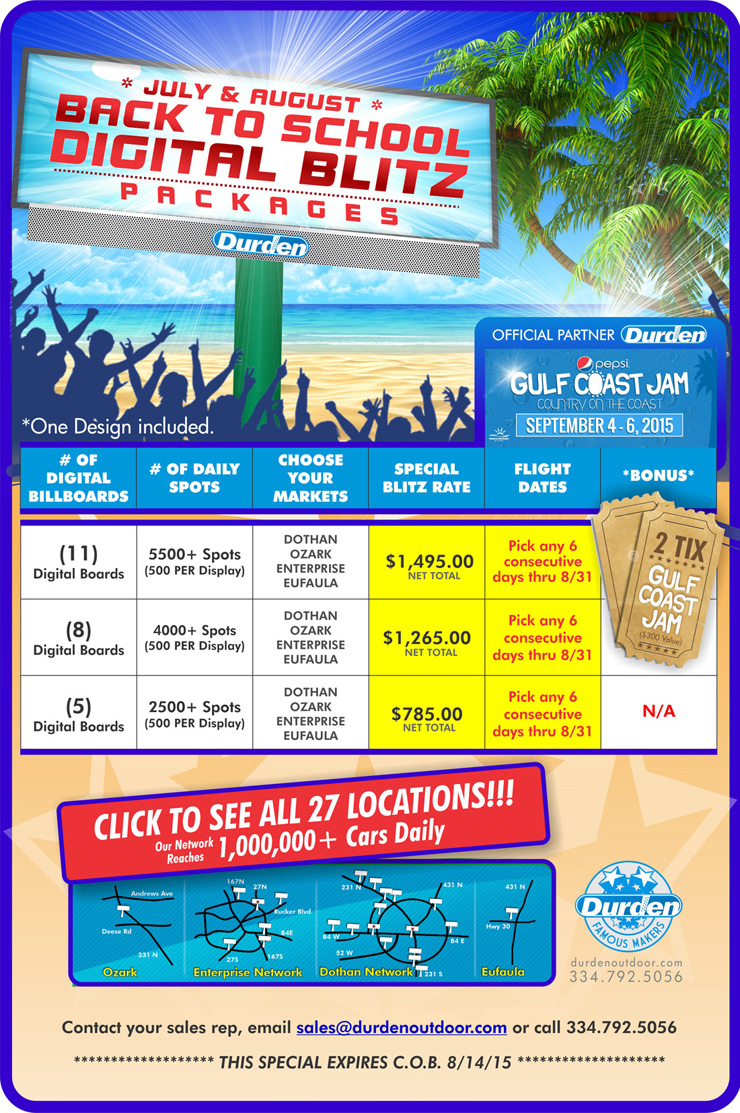 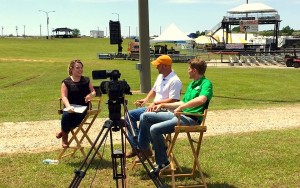 The “FAMOUS MAKERS” wanted to do something special for our 3rd annual sponsorship of the largely popular Toadlick Music Festival held in Dothan, Alabama.  On opening day of the festival April 23, 2015, Durden Outdoor announced on WTVY of the Toadlick sponsorship to purchase tickets for 250 lucky veterans. “The three large military bases in our region have had such a tremendous economic and social impact on our lives locally and abroad” says Durden Outdoor’s VP Bill Durden.  “Our team was thrilled at this opportunity to give back to those who have given so much to this country.” This third year festival is now touted as one of the largest events in our region with an economic impact of over $2 million dollars to the community of Dothan, AL.  Toadlick 2015 featured such acts as Hank Williams Jr (w/ special guest Kid Rock), Brett Michaels, Lee Brice, The band Alabama, STIX and many more.  For more info vist www.toadlick.com Durden Outdoor also printed and designed all of the stage banners and signage for the festival.
https://www.durdenoutdoor.com/wp-content/uploads/2016/06/DUR-Footer-Logo.png 0 0 Bill https://www.durdenoutdoor.com/wp-content/uploads/2016/06/DUR-Footer-Logo.png Bill2015-05-25 13:24:402015-05-25 13:24:40Durden Honors Military With 250 Free TOADLICK Tickets